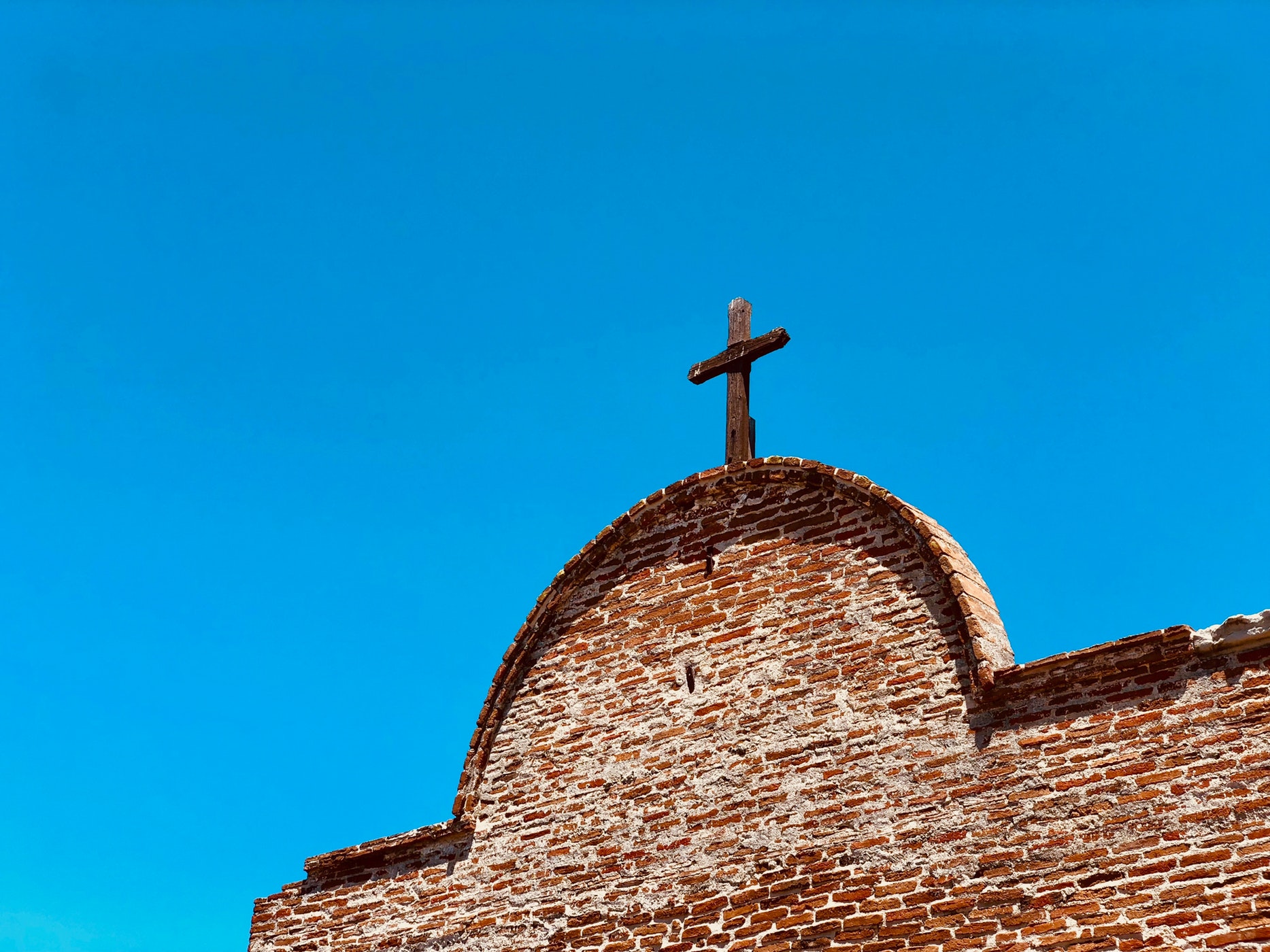 There is a growing sentiment among some in the global health community that the HIV epidemic is at a tipping point. After a decades-long global effort, we have the capability to end HIV as a global health threat, but it has begun to fade from the public consciousness and faced flat funding.

There is a significant risk of a resurgence of the disease in the next decade due to the weakening of the global political will, the continuing effect of social issues, and the growing population of young people in Africa who are not educated about prevention methods for HIV. Faith groups can have a significant influence on reducing the stigma of the disease, as well as helping people get the treatment they need.

Religious leaders can have massive impacts within their communities in the fight against HIV. Churches have considerable presence and reach, serving even the most rural communities, and can help to shape government policies. They can also advocate the government for better medication and access to healthcare. In addition, religious leaders can talk to and inform their own faith communities. The church is a powerful agent to change individual beliefs and values. In Africa, 90 percent of women attend a place of worship, and churches are close and in direct contact with people in their communities. This proximity gives trust in the faith leaders, who can give and set examples and shape attitudes about HIV. Christian organizations are also a source of committed personnel who are altruistically motivated to serve others with integrity.

David Barstow, PhD is one individual who has seen first hand the influence that religious leaders can have on their communities with HIV. He is the founder of EMPACT Africa, an organization that has worked with local pastors to address HIV stigma, which is a surprisingly large barrier that prevents people from getting tested or treated for fear of judgment. Religious leaders in these African countries have a broad influence within their communities, and approaching the conversation and providing correct education about HIV to their congregations has shown promising results in reducing stigma. In addition, Dr. Barstow has seen that people living with HIV were better able to access treatment and find less social resistance and rejection. Dr. Barstow discussed the role of religion in the global AIDS response in a plenary session with Dr. Jonathan Quick at the CCIH Conference in July.

Currently, Dr. Barstow is working on a project called the Common Voice Initiative, which was developed with the help of the World Council of Churches – Ecumenical Advocacy Alliance, as well as contributions from several CCIH members. The Common Voice Pledge is an inter-religious expression of advocacy and commitment to end AIDS. The initiative has prepared materials for use by religious leaders and communities to raise awareness and encourage engagement, including an interactive video in the style of a responsive reading that includes the use of the Common Voice Pledge in a variety of different worship settings around the world. These pledges will be compiled into a worship video and promotional video that will be released leading up to World AIDS Day on December 1st.

Reducing Stigma and Leading by Example

Another individual who has worked to fight against HIV and stigma is Francesca Merico, the HIV Campaign Coordinator for the World Council of Churches’ Ecumenical Advocacy Alliance. Her organization believes that people of faith have a key role to play in increasing access to HIV testing and treatment, breaking silence and stigma, promoting human rights, and building bridges between people and communities affected by HIV. Their goal is to bring together religious voices and advocacy efforts, hoping that “the more we speak together, the better our impact will be.” She is currently working on a campaign called Faith on the Fast Track, which concentrates on the role of faith in the global response to HIV and is part of the UNAIDS strategy. They focus on the prevention, care, and support of faith organizations for people with HIV.

The group shares information for testing and treatment among FBOs, and is active in promoting self-testing. In 2016, they launched the Leading by Example Campaign, where religious leaders from various faith communities got tested to know their HIV status, and invited their congregations to do the same. By getting tested first, these leaders demonstrate to the faith community that HIV is still present and does not need or deserve stigma. Religious leaders can also share positive messages, such as preaching sermons about the importance of testing and treatment, in order to prevent discrimination within their communities.

Faith on the Fast Track also focuses on the treatment and advocacy of children and adolescents living with HIV. They have created a dialogue with several pharmaceutical companies relating to HIV medication as part of an initiative with PEPFAR. Ms. Merico has created a guide on pediatric HIV for teachers in religious schools and interfaith leaders, encouraging faith communities to take action with children and youth living with HIV. They also want to make young people more aware of the disease, with the hopes that this will empower children and adolescents to take action on behalf of those living with HIV. The guide has been implemented in South Africa and Kenya, where young people ages 11 to 24 are encouraged to write letters to the ministers of health, finance, and education to ask for improved access to HIV information, testing, and treatment for adolescents.

Religious communities can directly help people who have HIV with the formation of adherence clubs, which are fellowship groups that supply community delivery of antiretroviral (ART) medication, as well as providing peer support, health education, and counseling. The supportive care and community delivery of ART provided by adherence clubs helps people living with HIV with adherence and retention in care, which are important along the HIV Care Continuum.

In addition, adherence clubs decrease the HIV burden within communities because people who are stable on their ART cannot pass the virus to others. Cynthia Calla MD, the Executive Director of LifeRise AIDS Resources, has been working to promote these clubs, which she believes are the most effective form of differentiated care.  Evidence has shown that adherence clubs are an efficient option for community delivery of ART because they provide a structure and supportive care for individuals with HIV, with a coordinator for the program and a network of clubs to assist others.

These clubs help people get medication close to where they live without long walks to the clinic, and relieve the burden on clinics by allowing providers to focus on those who are unstable and less on routine care. The meetings are held at convenient times for their members, such as early mornings or later at night, so individuals can receive the medication and support they need without disrupting their work and family life.

Dr. Calla believes churches are in a unique position to help form adherence clubs because they have extensive community reach and can aid in the decentralization of HIV care. They allow the opportunity for religious organizations to partner with hospitals to become civil society partners and provide holistic care through mental health, emotional, and spiritual support beyond what a clinic can do. According to Dr. Calla, churches can also do things that clinics do not have time for, such as augmenting staff shortages by being a source of volunteers to run programs by trained lay people.

The World Health Organization (WHO) has called for task shifting from highly skilled providers to lesser trained community health workers, who can dispense and maintain ART in communities, and faith communities can help adherence clubs fulfill this need. People of faith can promote the idea of adherence clubs and those working overseas on HIV prevention and treatment through social media, and raise awareness through videos about the evidence-based success of adherence clubs and HIV support groups.

Overall, religious communities play an essential role in the fight against HIV by reducing stigma, providing social services such as adherence clubs, educating their congregations about the truths of the disease, and working with local and national governments to create political change. By joining voices and working in collaboration, people of faith can be a driving force to the end of HIV.

World AIDS Day is on December 1st.  Visit the World AIDS Day website to donate and find events to participate in solidarity with the millions of people living with HIV worldwide.

To get involved and learn more about faith-based work in HIV/AIDS, join the CCIH AIDS discussion group, which shares news and resources about HIV/AIDS, with a special emphasis on the response from faith-based organizations. For more information about the Common Voice Initiative, contact David Barstow at dbarstow (at) empactafrica.org or visit the initiative’s website.  To learn more about WCC-EAA’s work with HIV, visit their website or contact Francesca Merico at francesca.merico (at) wcc-coe.org. For more about LifeRise AIDS and the promotion of adherence clubs, view the ART Adherence Club Tool Kit and visit their website.